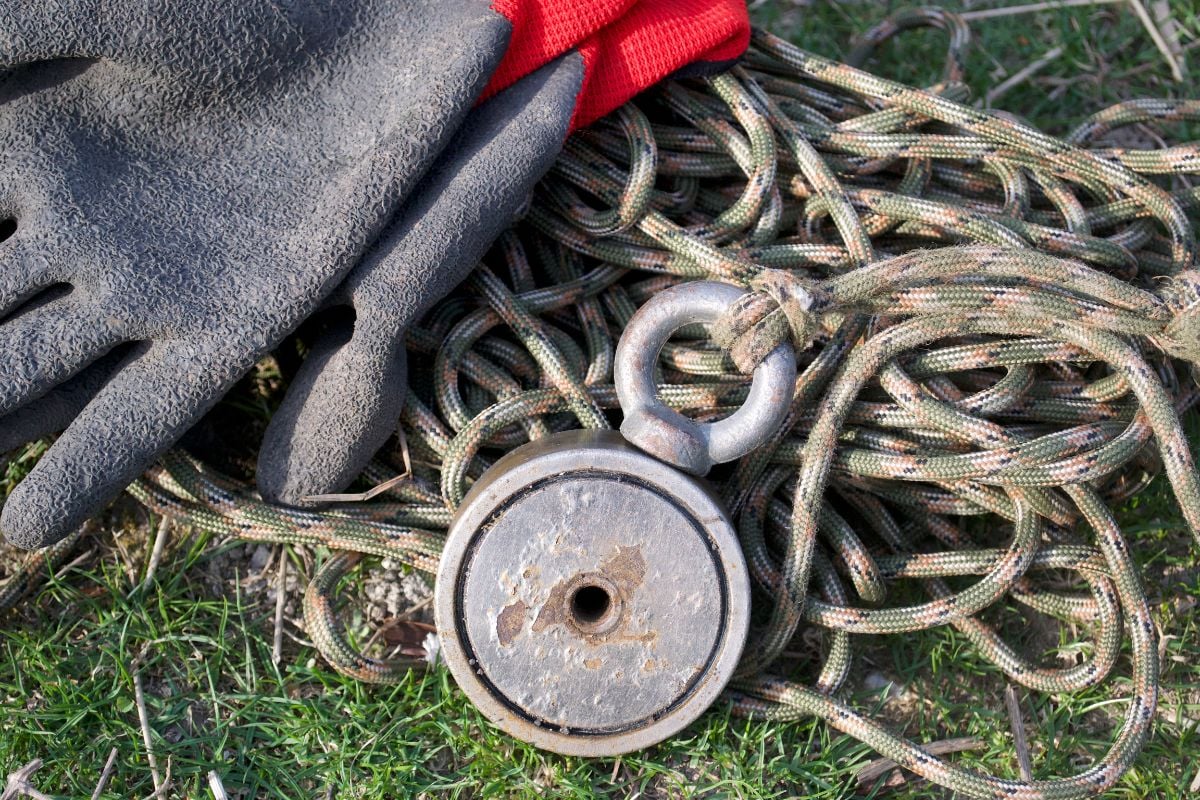 Over the years, I have engaged in different forms of fishing, such as catfish noodling, bowfishing, among others. These types of fishing are intended to bring a meal to the table. However, today, I will discuss a different form of fishing called magnetic fishing.

It involves fishing metals and other ferromagnetic materials underwater. This method of fishing has become popular as people are using it to recover and hunt some of the precious materials hidden underwater. In this post, I will elaborate all that people need to know about fishing magnets, the materials to use, and what materials you can fish, among other entities.

What Is Magnetic Fishing? 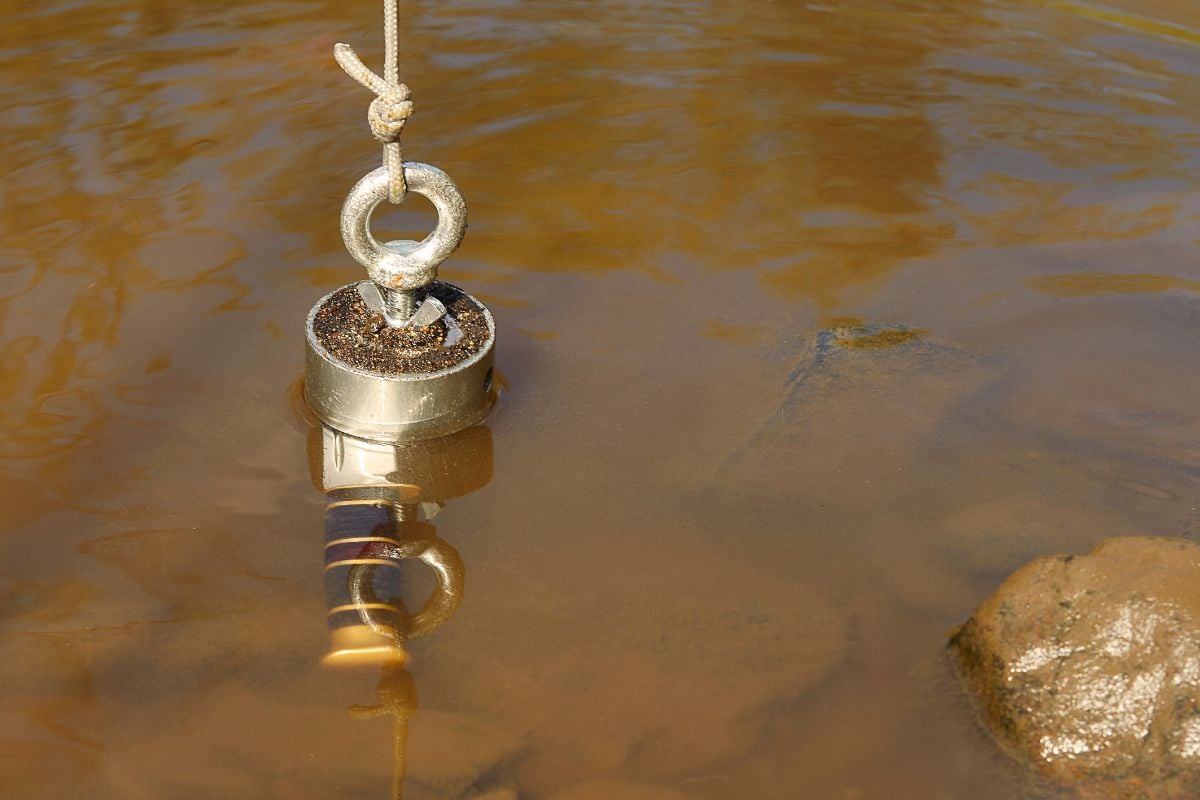 Initially, magnetic fishing was mostly conducted by fishers and boaters who were recovering lost keys and other essential boating gear. Magnetic fishing is not as new as most people may think, but it has boomed in recent years.

This has been influenced by what people have gained while fishing. Magnetic fishing can be described as a treasure hunt, where people use magnets and ropes to recover materials and other precious metals in water. Most of these materials have been lost, dumped, or hidden in the lakes, ponds, and rivers.

During my experience with magnetic fishing, I was able to hunt coins, and tire rims, among other metallic materials. Other materials obtained during magnetic fishing include guns, bicycles, safes, nuts, and bombs. Nonetheless, there is an endless list of materials that you can obtain underwater through magnetic fishing. This is because the magnets will attract anything that is made or has iron.

How Do I Execute Magnetic Fishing? 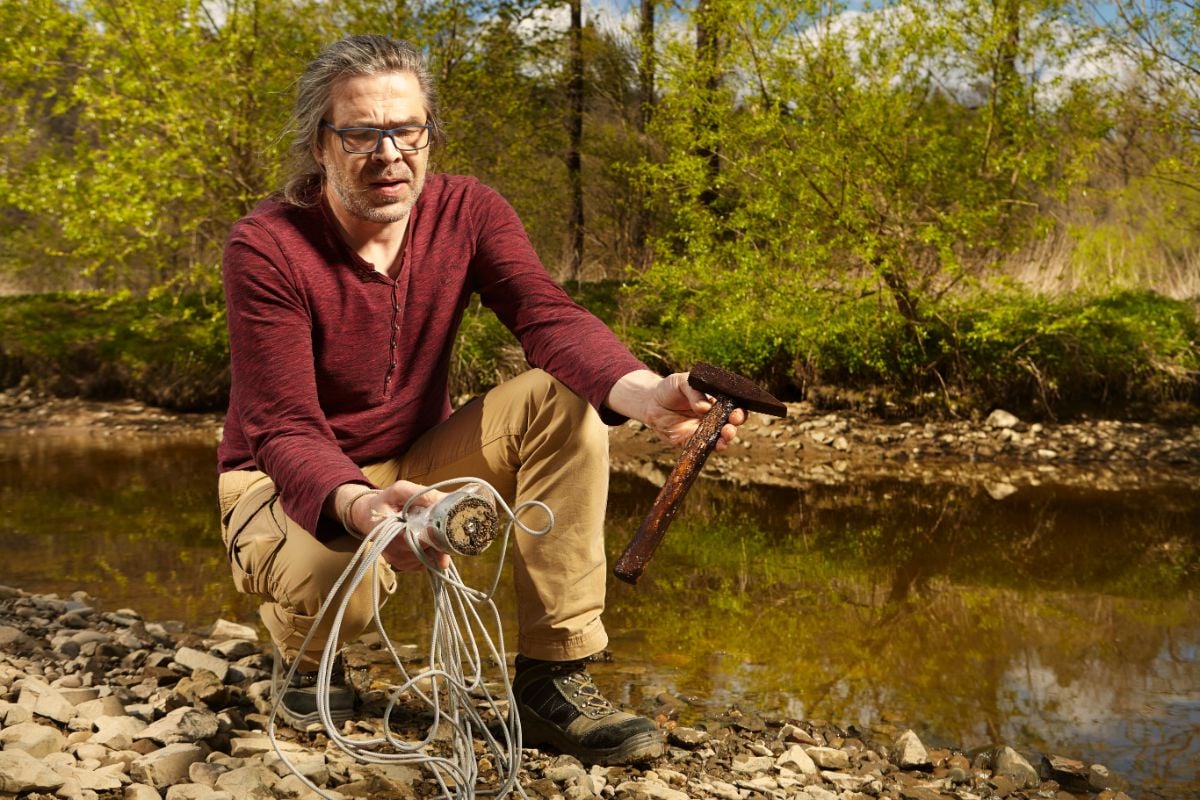 The concept of magnetic fishing is quite simple as I use a rope and a magnet to treasure hunt. The magnet should have a hook where the rope will be attached. Ropes used in magnetic fishing should be strong and durable, as I have encountered some instances where I have recovered heavy materials.

See also  Are Fishing Nets Made of Plastic? If Not, What?

The best material for magnetic fishing ropes is nylon as it does not rot. Some ropes are also dry-treated to ensure that they do not become heavy after getting wet. The size of the rope depends on where one is fishing and how deep they intend to venture.

Magnetic fishing is considered to be a hobby where people go to the waters and treasure hunt. There are different types of magnets that differ in terms of strength and shape. This is because there are different fishing environments that require specific magnetic attributes. A junior magnet can pull about 400 pounds, while the high-level ones can pull approximately 2,000 pounds.

In addition, the magnets used for fishing are designed to be light and strong. This ensures that they do not get stuck in the mud, as it can lead to losses when purchasing a new magnet.

I also love using gloves during magnetic fishing as there is contact with a lot of rusty materials. However, there is no need to purchase expensive gloves as the normal ones execute a perfect job. I also prefer light gloves as they make me feel flexible when fishing.

Another great consideration is a grabbing hook. Although most people may not see the need to have a grabbing hook, it is ideal for pulling up larger materials near the surface. In addition, tying a hook on the rope can help one find materials that are not magnetic.

Finally, having magnetic storage can ensure that one has a seamless time storing the magnet. The storage is also good for transporting the magnet, especially the super-strong and big ones. Moreover, if a magnet gets stuck on the car or the garage door, one will have a rough time removing it without causing damage. A plastic box or small cooler can make good storage for the magnet. 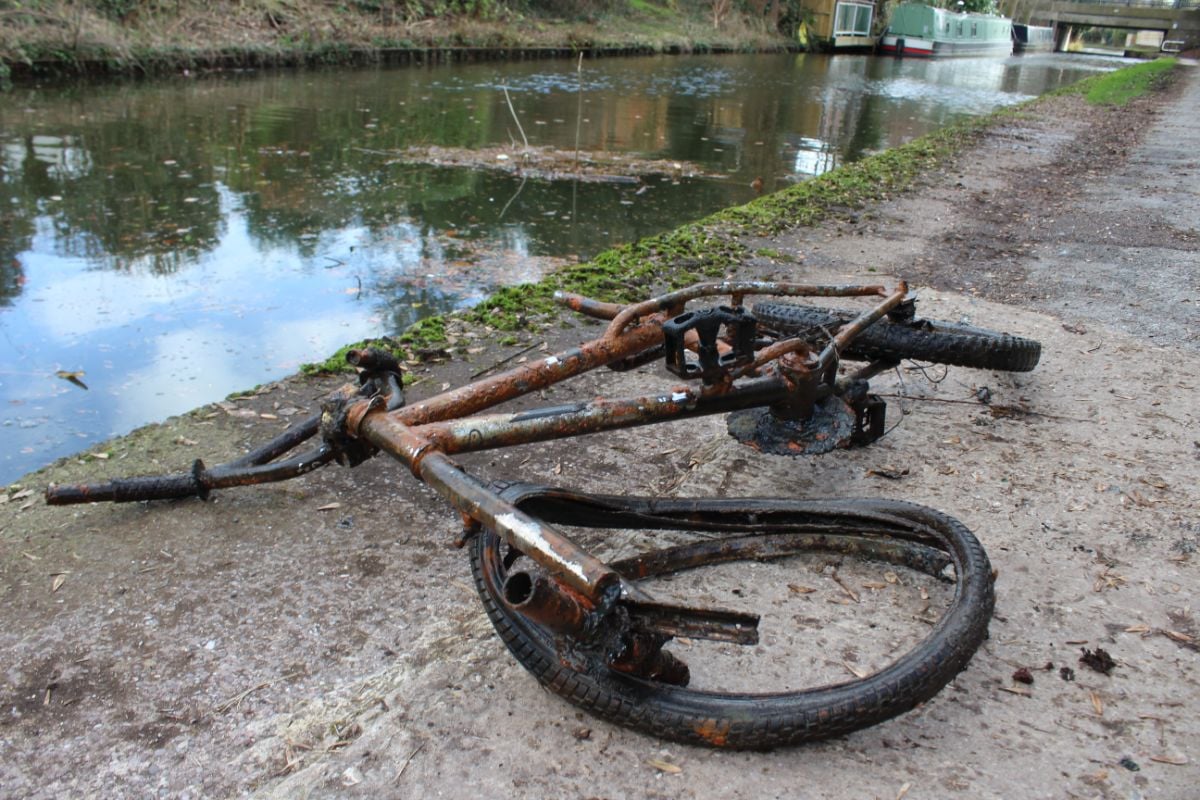 Despite being a booming hobby, not all countries across Europe permit such activities. For instance, local regulations govern magnetic fishing in England and Wales. This is because most canals and rivers are governed by the Canal and River Trust.

The body states that no one should fish materials from such water bodies. There is a fine for anyone caught in the act in countries where such regulations have been implemented.

In other countries such as Belgium, weapons and other related items should be taken to the police. However, this is not the case in the United States, as no laws are imposed regarding metal fishing. The only laws that have been implemented prohibit magnetic fishing in historic places and places that are owned by the government.

See also  Where Do You Put the Bobber on Fishing Line? 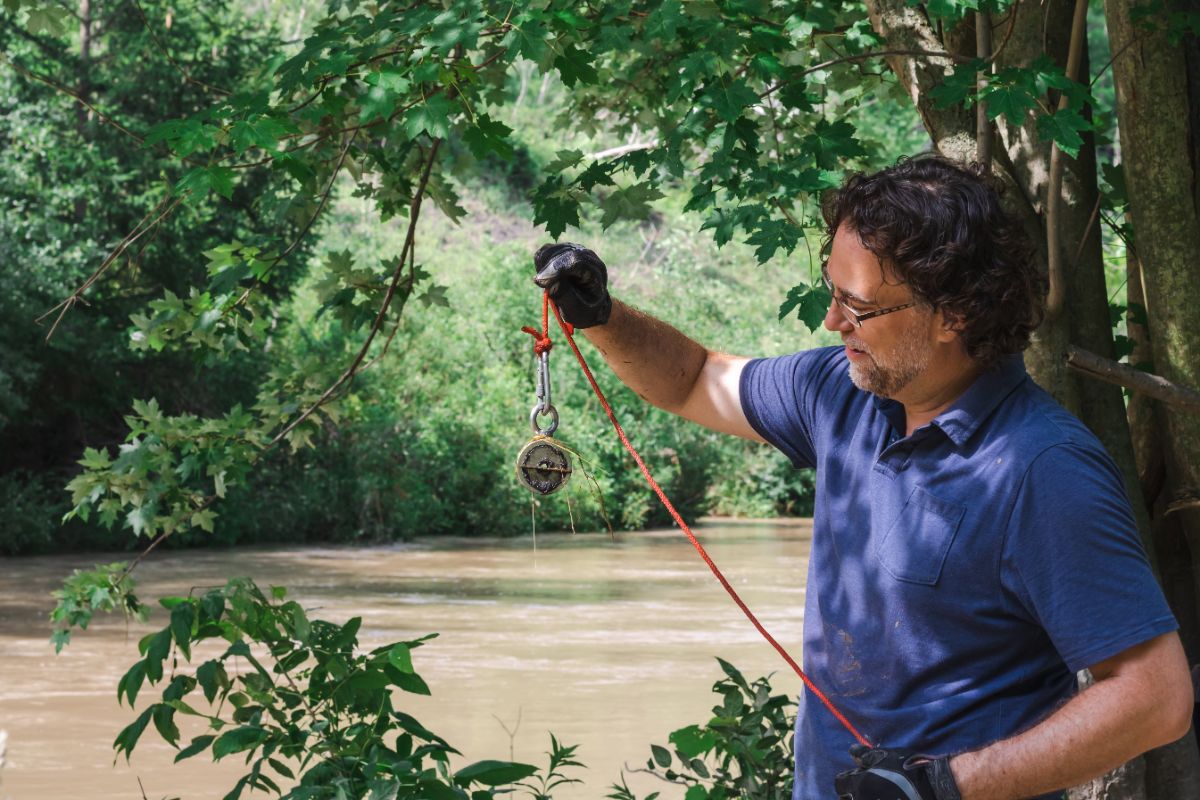 Magnetic fishing has been blooming in recent years as it has become one of the most preferred hobbies. In addition, it can be executed as a monetary activity as one can unleash valuable materials and objects underwater. Magnetic fishing is an inexpensive activity that requires a magnet, a durable rope, gloves, and a hook. This is one of the main reasons most people embrace the activity.

However, despite the numerous advantages that come along with magnetic fishing, there are still some downsides. They include unleashing bombs and grenades that are prone to exploding, disposal of materials and metals on the streets, and risk of getting cuts and bruises.