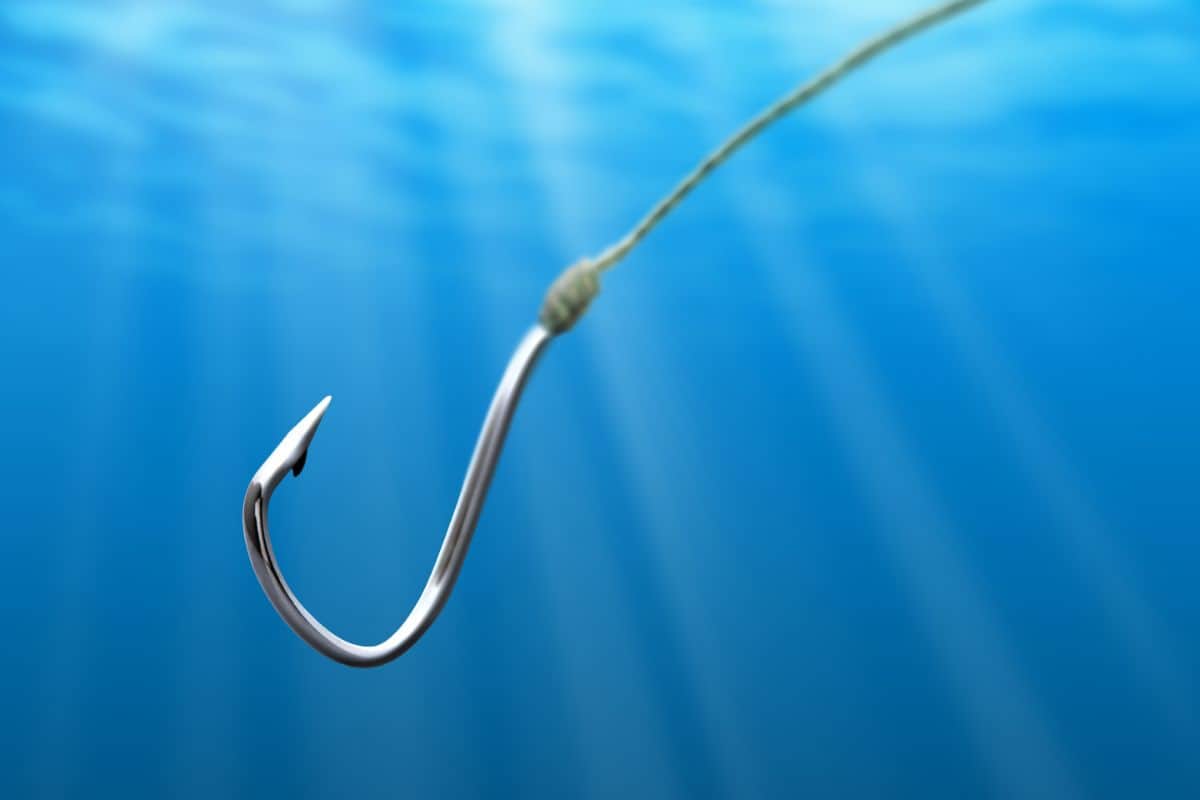 I feel like there are almost as many types of fishing hooks as there are fish to catch with them. Do you know the difference between a jig head hook and a treble hook? If you’re an angler, you probably should.

With the number of manufacturers out there, getting a quality hook is more complicated than it used to be. I’ve fallen prey to cheap hooks that break at the first sign of struggle. That’s a terrible thing to happen when fish do nothing but struggle when hooked.

I’ve been using all different types of fishing hooks for years. I’ve learned the nuances between an octopus, circle, bait holder, and regular Snell hook over the years and am going to help you figure out which one works best in which situation. There are plenty of times I’ve just grabbed the first hook I could reach and tied it on to get into the water as fast as I could. That’s definitely not the best strategy.

A #24 would be a tiny fly hook, while a 24/0 would be a saltwater or alligator fishing hook. Now that hook size makes a bit more sense, let’s get into the different parts of a fishing hook. It’s critical that you know the parts of the hook when rigging some different baits. 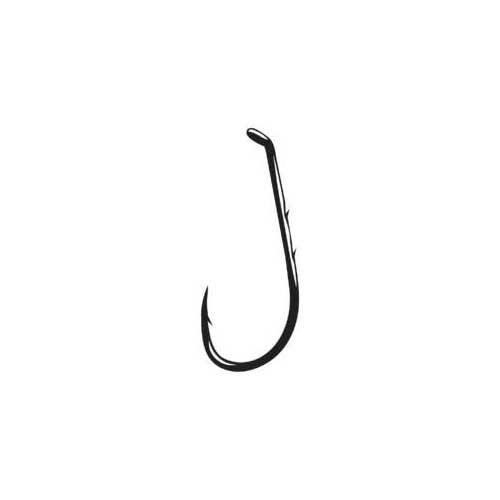 Our friend, the fishing hook consists of six essential parts. At least two of these can cause you serious injury, so you should get to know them before that happens.

First is the eye of the hook. This is the loop where you attach your line or swivel. When you read instructions that say thread the line through the eye, there it is. The larger the eye, the heavier the line you can use. It’s an indication of the hook size if your hooks end up loose in your tackle box (which happens to the best of us).

The bend is the portion between the shank and the point. Some hooks have very few bends and long shanks, while others, like octopus and circle hooks, are almost all bend.

The gap is the distance from the point to the shank. Some hooks have a wide gap, while others have a very narrow one, though most sit somewhere in between.

See also  What Can You Do with Old Fishing Rods?

The point is where you attach the bait and hook yourself if not careful. It’s the sharp part.

The barb is what holds the bait in place once on the hook. They also keep the hook from sliding out of the fish while it fights. I take pliers to my hooks and smash the barbs off, so I don’t add extra injury to the fish. Several areas require barbless hooks, and removing barbs makes releasing fish much easier.

Now that we have hook parts covered let’s look at the types of fishing hooks. 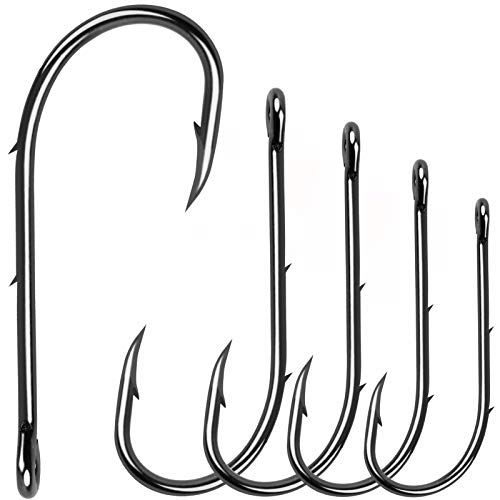 Baitholder Hooks are very easy to identify by the barbs on the back of the shank. These are perfect for tossing a worm under a bobber or rigging up a piece of cut bait like a minnow or some mackerel. 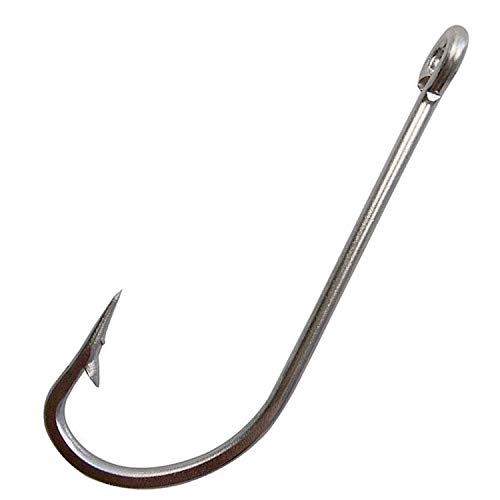 The J-Hook is a typical fishing hook, much like the baitholder, but without the extra barbs on the shank. It looks like a “J’, hence the name. I use a smaller J-hook for tying streamers and terrestrial flies. It also works in larger sizes for casting baits like live minnows, artificial baits, and worms. 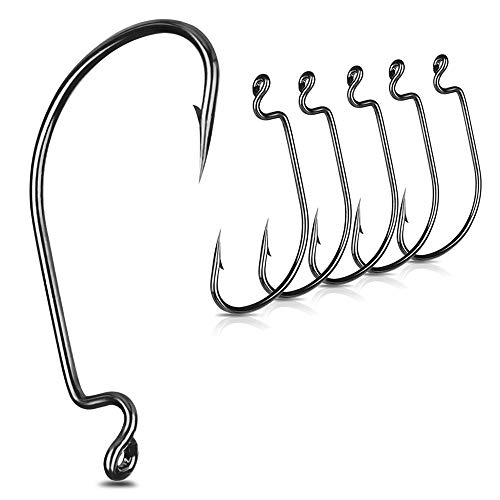 Wide Gap Hooks are my go-to for rigging plastics like Senkos, creature baits, plastic worms, and other bass baits. These work great because they have a wide gap between the hook point and the shank, giving the plastic bait plenty of room to compress down when the bass bites, thus allowing the hook to find plenty of purchase. 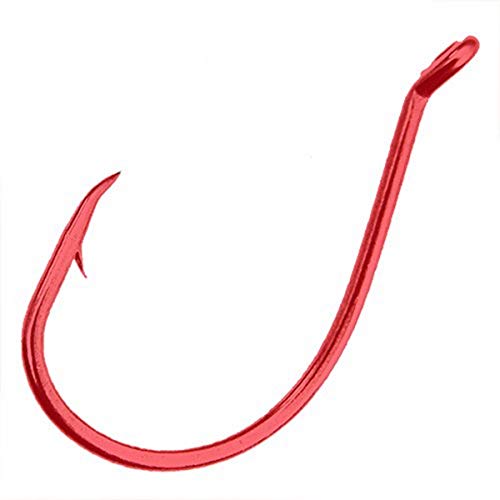 Octopus hooks have a short shank and are a rounded shank and bend that’s not as pronounced as a circle hook, but more so than a baitholder. Octopus hooks make great bait hooks for times when you don’t need a lot of hook weight, so the bait looks more natural.

I like them for rigging leeches. Thread the hook through the sucker, and the leech will swim pretty naturally (as naturally as something with a hook in its face can). 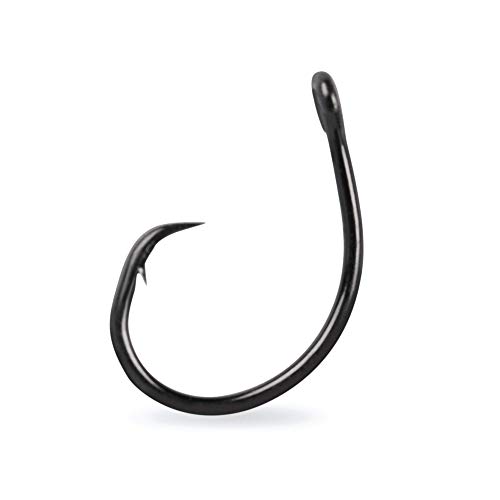 Circle hooks are an excellent option for bait fishing. I’ve never had a fish swallow a circle hook. The fish bite the bait, and the hook slides through and sets itself into the jaw. It’s quick and straightforward.

I use these when catfishing and whenever bait fishing in saltwater. Saltwater bait fishing almost requires these because who’s going to try and reach into a toothy critter’s mouth to get a hook out? I had a friend almost lose a thumb taking a lure out of the mouth of an average-sized bluefish! I’d never go anywhere near anything with teeth bigger than that!

The trick is to keep the line relatively tight. As long as there’s a little tension on the hook, the hook curls back when bit and set itself into the corner of the mouth instead of pulling straight back against whatever part of the mouth it’s against.

See also  What Are the Different Types of Fishing Hats?

A recent trip I took to Pensacola included a day out on the gulf with some buddies I used to guide. We slid 6/0 circle hooks through the nose of croakers and dropped them outside of the weed beds to chase down some pretty big tarpon. I used live shrimp and some pogies as well. It was a great day, and the circle hooks never let us down. 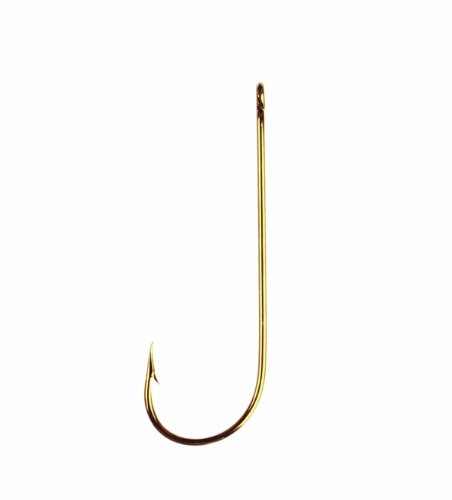 Aberdeen hooks have a long shank and are best used for smaller freshwater fish like panfish. Put a bit of worm or a grub on and catch a bucket full of bluegill or warmouths, and you’ll have a boat full of happy kids.

One of the best things about the Aberdeen hook is the thin build. It has a light structure, making it perfect for targeting crappie and bluegill in cover. If you get hung up on a branch or some timber, you can typically bend the hook with a bit of pressure to get it free without losing your rig. Once it’s free, bend it back into shape and go about your day. 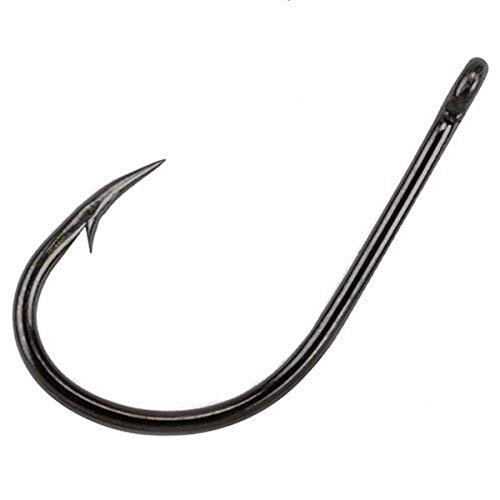 Siwash hooks are great for replacing hooks on spinnerbaits and spoons. I use these to swap out the factory-provided treble hooks on spoons so I can rig up minnows easier. These hooks are great bait holders and flow behind lures naturally. 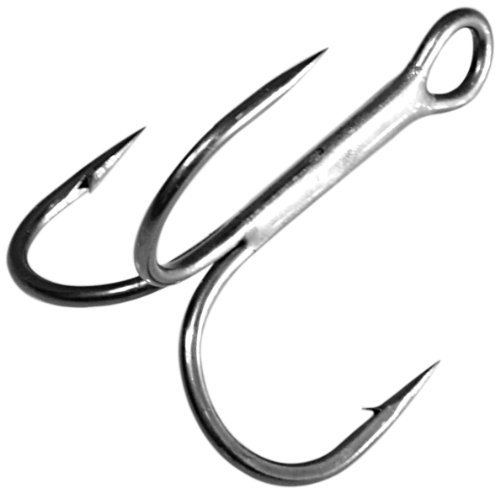 A treble hook is comprised of three J-hooks connected into one central hook. The eyes have been removed, and one eye is molded over the shank, increasing the strength of the shank and unifying the three hooks into one. These hooks are incredibly sharp and like to get into those little painful spots under your fingernails, so do be careful.

Most anglers use these with dough baits like power bait and other baits for catfishing or trout fishing. Issues with this are that trout will swallow them, and once that happens, you either have to keep the fish or cut the hook off. If you cut the hook off, keep the fish in the water and leave a little line attached. If the fish is bleeding, you should keep it.

That brings up a good rule of thumb. If you are a catch and release angler, be sure to remove all barbs from your hooks and avoid using treble hooks. If you catch a fish and it is hooked in the gills and is bleeding, you’ve just caught dinner. Fish don’t recover well after gill damage. Always use a hook remover to limit any undue stress on the fish.

When handling fish, be sure to wet your hands first. Fish have a protective coating over their skin that repels infection and diseases. When the oils from your hand mix with that layer of slime, the slime gets removed, and the fish can develop all manner of issues. Wet hands take all the worry out of that.

Keep the fish in the water as much as possible. Don’t hold them out of the water for five minutes while you run a professional photoshoot with them. Imagine the reverse scenario. You just got dragged through the neighborhood by a rope lassoed around your head. During this event, you did everything in your power to stop being dragged to the point of exhaustion.

At the end of your struggle, you get pulled underwater to have a strange being pick you up and hold you while you are unable to catch your breath. They take their time and pose in several positions while having their friends take pictures of you, all while shoving their fingers into your mouth and other very uncomfortable areas.

As you start to blackout and quit moving, they throw you back onto shore. You lay there for a while, catching your breath. All the while, the strange creature in the water keeps jabbing you with a stick, trying to get you to walk away like nothing just happened.

Now, back to the types of fishing hooks

Weighted worm hooks are a type of offset hook with a weight attached to the shank. The idea is to add a bit of weight to the hook for fishing soft plastics like Senkos, flukes, and swimbaits. There are plenty of uses for this hook type, and I typically have a decent stock in my tackle box.

The extra weight helps to cast accuracy and distance when sending a wacky rigged Senko after some bass.

Jig hooks are for making your own jigs. They’re designed to sit in specific jig molds, so when you’re perusing the hook aisle and see jig hooks without jig heads on them, that’s what’s happening. Jig making is a lot of fun and can turn into a very addicting hobby, rather like fly tying. Catching a fish on something you created is an incredible feeling. 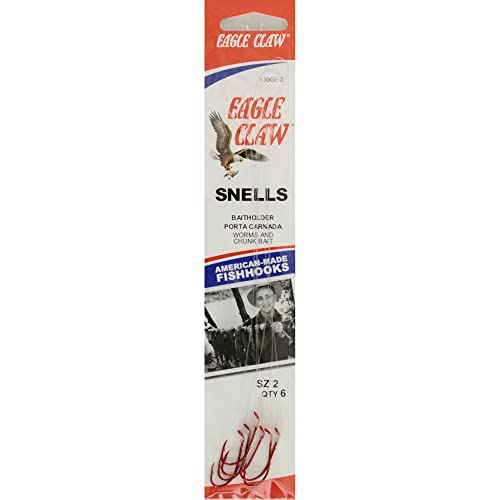 Last but not least is the Snell. You’re going to see Snell on all sorts of pre-tied packages. The thing about Snell hooks is that it’s not really the hook, but the style in which it’s tied. Snell hooks are regular baitholder hooks, though the eye isn’t connected to the line. The line is tied around the shank, which is what gives it the Snell name. The great thing about these hooks is that you don’t have to take the time to tie the actual hook to your leader. You can connect the loop in the line to your leader.

I don’t recommend connecting them directly to a snap-swivel, though some do. They work best attached to at least a foot of leader, preferably at least 18” or more.